Princess Shyngle, the Gambian born Ghana based actress who has been in the news lately is back again with another, and this time she is flaunting her satisfaction machine. She reveals why she is still single.

Few days ago, the curvy actress had stated that sex on first date doesn’t make one cheap. To the actress, it is just relationship ‘interview’ and if you’re called back then you got the job. 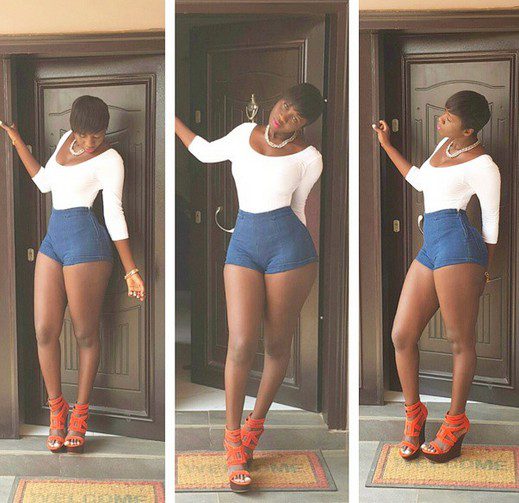 Princess Shyngle made this assertion on Instagram as a caption to a photo she shared. The actress looked entirely voluptuous wearing a body-hugging dress with a bump bag across her slender waist.

“Sex on the first date doesn’t make you cheap, it’s called relationship interview and if you’re called back then you got the job”, she captioned.

Few months ago also, Princess Shyngle said she likes sex and gets her sexual satisfaction by using sex toys. Speaking on Accra based Okay FM, the actress revealed that “I am single because I feel insecure about guys, though I love average level guys because I am an average girl too”.

Princess Shyngle is among the curvaceous actress in Ghana who proudly flaunts her curves in near-naked bikinis. In one of her Instagram post, she wrote;

“Please I’m not a “Role Model ” …. I’m here to f*** ish up with my talent….. I am in an industry where you have to express yourself the best way you know how….. I’m here to make money and have fun doing what I was born to do”.