School teachers are going through a lot in class nowadays.

Viral video emerged online that shows a disrespectful student who grabbed his teacher’s wig in front of classmates. He then proceeded to dribble the teacher as she tried to take her wig back from him.

In the video, the teacher can be seen scolding the boy before he reached for her head, grabbed her wig and ran off to the surprise of the woman and other students.

He ran to the back of the class and began dancing with the wig as his classmates laughed and screamed. The teacher went after him to take the wig but he kept it away from her reach then dribbled her, before running out of the class.

According to report, the incident happened in LeFLore High School in Mobile, Alabama. The boy is a freshman and the woman is a substitute teacher. The boy asked her for permission to go to the bathroom and she got angry and asked him to go back to his seat, hence the attack.

See some reactions below: 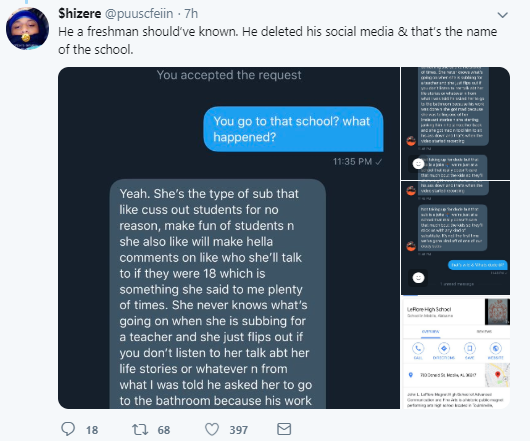 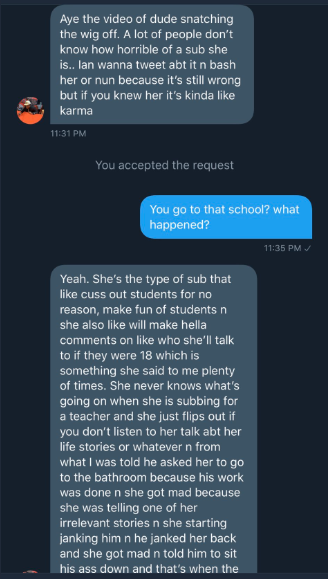 He really snatched the teacher wig off LMFAOOOOO ?I just know he got bout 10 days home pic.twitter.com/nA28Q76jpb