It was huge celebration all over the U.S Sunday morning as the women soccer team made the nation proud in far away France by winning the Women World cup back to back. It was the fourth Women world cup title for the U.S. 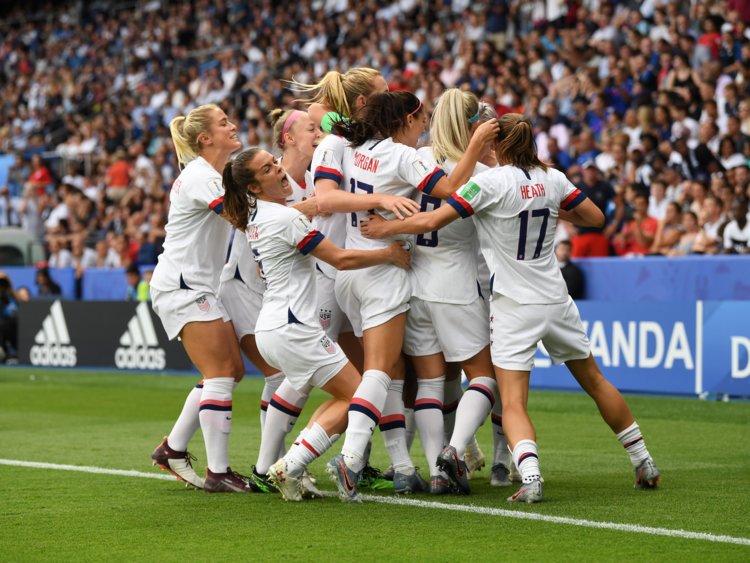 Yes! Fourth star. Back to back. Congrats to the record breakers on the @USWNT, an incredible team that’s always pushing themselves—and the rest of us—to be even better. Love this team. #OneNationOneTeam, former President Obama tweeted.

Yes! Fourth star. Back to back. Congrats to the record breakers on the @USWNT, an incredible team that’s always pushing themselves—and the rest of us—to be even better. Love this team. #OneNationOneTeam

From the outset of the 8th Women’s World Cup, which kicked off on June 7, the US team was favored to win, having beaten Thailand 13-0 in their first match of the tournament, and their subsequent wins.

In the final played Sunday evening at Parc Olympique Lyonnais in France, the Americans defeated Netherlands, 2-0, to snatch away victory through goals from Megan Rapinoe and Rose Lavelle.

Rapinoe scored on a penalty kick in the 61st minute and Lavelle scored eight minutes later.

Megan Rapinoe scores her 50th international goal from the penalty spot and gives USA the lead in the #FIFAWWC final! pic.twitter.com/gjPpYOrcyl

A beautiful solo effort doubles the @USWNT's lead in the #FIFAWWC final! pic.twitter.com/ToznvQiuxb

As expected of World cup, it was a hard-fought battle between the defending champion U.S. and the Netherlands. The two teams were tied in the second half as it looked like the Dutch defense had the Americans’ number despite the heavy attack.

At the 69th minute, a foul was committed on Alex Morgan in the box and after a VAR review and an official review, the U.S. was awarded a penalty kick.

Rapinoe took the kick and hit the ball straight into the net to the shock of Netherlands goalkeeper, Sari van Veenendaal.

Minutes later, Lavelle turned up the pressure on the Dutch and hit another ball into the net, sealing the victory. The Netherlands who played very tight defense in the first half, battled the remaining minutes of the game but couldn’t get an equalizer. The match ended 2 – 0 in favor of the Americans.

Many other prominent Americans, both Republicans and Democrats, including first lady Melania Trump, reacted to the win on Twitter Sunday.

Woo-hoo! Congratulations to the @USWNT on their World Cup win. Your persistence on and off the field inspires girls and women everywhere to dream big, fight hard, and win. #FIFAWWC #OneNationOneTeam

So proud of you, Team USA—you inspire us all! #OneNationOneTeam https://t.co/YEHzyqOwZa

NOTHING GIVEN ??
EVERYTHING EARNED ?#OneNationOneTeam pic.twitter.com/fbXkGKmaI6

In the semi-final played on Tuesday, the Americans defeated England 2-1 to reach the final which they won.