A Royal Caribbean cruise ship passenger has been banned for life for climbing over a balcony railing to take a swimsuit selfie high above the ocean.

Peter Blosic, who snapped the photo, was recently traveling through the Caribbean on the Allure of the Seas when he spotted the unnamed woman in a blue bathing suit, after she had apparently climbed over a balcony railing on the starboard (right) side of the ocean liner.

According to Blosic, the daredevil ventured out on the massive ship’s narrow perch to take photos of herself, The Sun reports. 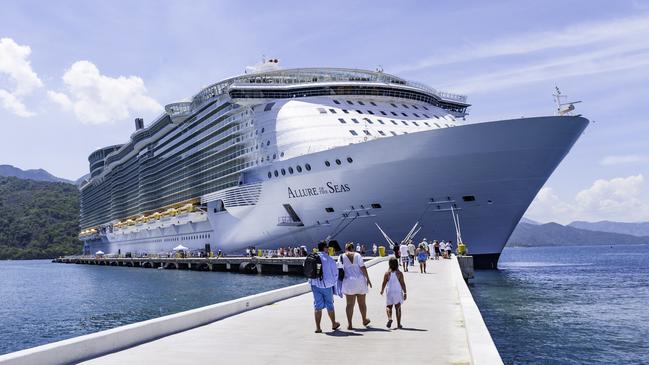 “What an absolute IDIOT. You cannot fall off of a ship unless you are acting like a moron!” he exclaimed.

Blosic said he immediately contacted guest services, and that ship officials soon tracked down the woman. Later, the selfie-snapper was booted off the ship when it docked in Falmouth, Jamaica, Blosic claimed.

Confirming the incident to Fox News, a spokesperson for Royal Caribbean said:

“Earlier this week on the Allure of the Seas a guest was observed recklessly and dangerously posing for a photo by standing on her stateroom balcony railing with the help of her companion,” Jonathon Fishman, manager of corporate reputation, said. “Security was notified and the guests were later debarked in Falmouth, Jamaica, as a result of their actions and are now banned for life from sailing with Royal Caribbean.”

READ ALSO  VIDEO: Woman posing for photo at home ended up in hospital bed with broken neck. See what happened 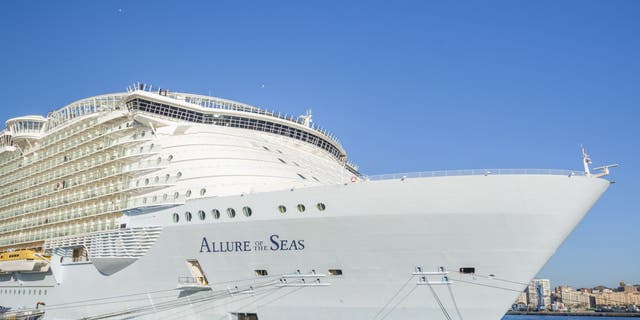 According to Royal Caribbean’s guest conduct policy, passengers are forbidden from “sitting, standing, laying or climbing on, over or across any exterior or interior railings or other protective barriers, or tampering with ship’s equipment, facilities or systems” for their own safety.

Failure to comply may result in intervention by ship security, law enforcement and, ultimately, removal from the ship at the next port of call.

A global study published last summer also revealed that 259 people have died while taking selfies between 2011 and 2017.

In October 2018, a woman who was on vacation lost her balance while taking a selfie and falls to death from 27th floor of a high-rise building. Watch the video through the link below

VIDEO: Woman falls to her death while taking selfie on 27th floor balcony

In July this year, 18-month-old child fell to her death from the deck of a Royal Caribbean cruise ship docked in San Juan, Puerto Rico. Read the story through this link